The Centre for Healthy Brain Ageing has been able to conduct significant research into the ageing brain with the support of our major donor, Montefiore, who has partnered with us since the launch of the Centre in 2012. CHeBA and Montefiore share a mutual goal of improving the quality of life of the older population, and Professor Henry Brodaty is the Montefiore Chair of Healthy Brain Ageing. We are extremely grateful to Montefiore and David Freeman AM for the ongoing support provided to CHeBA. Montefiore is a leading aged care provider with a commitment to providing exceptional levels of care.

The Thomas Foundation was CHeBA’s founding major partner and supports CHeBA's research with the objective of providing better assessment and care for people suffering with Alzheimer's disease and other dementias. We extend enormous thanks to David Thomas AM and The Thomas Foundation who helped bring the CHeBA vision to life. The primary focus of the Thomas Foundation is to halt the alarming decline in Australia’s biodiversity. KPMG Sydney demonstrated its support of Richard Grellman AM and for social change by partnering with CHeBA since the launch of The Dementia Momentum® in March 2015. Since then KPMG Sydney has hosted an annual anniversary event for all partners, donors and inkind supporters of this initiative.

Since 2013, Aria Restaurant Sydney has partnered with CHeBA by hosting an annual executive luncheon to solidify and create valuable connections within the corporate community. Our thanks extend to Bruce and Barbara Solomon for facilitating this partnership and to Richard Grellman AM for his annual involvement.

Since the launch of The Dementia Momentum® in March 2015, CHeBA has received extraordinary support from a variety of donors, partners and sponsors who have come on board as Members and assisted in making this initiative — designed to bring the philanthropic community and research community together to drive momentum in awareness, research and societal change for a brighter future — so successful. We thank our Members for being a part of CHeBA’s journey to advance our international research and our extraordinary Spokesman Richard Grellman AM for his unwavering support to drive interest to this initiative. To see all the current Members, visit Members of The Dementia Momentum®.

Wipeout Dementia® is a fundraising campaign that was created to support the research requirements under The Dementia Momentum® initiative. Since launching in May 2015, a Wipeout Dementia® event has been held each May and November with an overwhelming number of partners, event sponsors and inkind donors that have generously demonstrated support. We extend our thanks to Ambassadors Richard Grellman AM and Wayne “Rabbit” Bartholomew AM and to all Captains and their teams for making Wipeout Dementia an ever-expanding community. See all the supporters on the Wipeout Dementia® website.

If you are interested in being a strong supporter of one of our initiatives or our research groups, please contact: 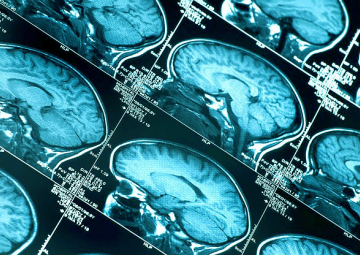