A 15-year study investigating the relative contributions of genetic and environmental factors on the brain health of twins has taken advantage of technology to reach twins residing outside of metropolitan areas.

The move to an online platform will not only enable the inclusion of 1/3 of Australian twins living outside major cities but will also facilitate the study of differences in access to specialist health care, health seeking behaviour and other potential contributors to the shortened lifespan of people living in regional and rural areas.

The Older Australian Twins Study, a major collaborative study led by UNSW Sydney’s Centre for Healthy Brain Ageing (CHeBA), has contributed important research findings in the world’s quest for answers to the question of ‘genetics vs environment’.

Commencing in 2007 to investigate genetic and environmental differences and how they relate to either healthy brain ageing or age-related neurocognitive disorders, the study takes advantage of the fact that identical twins share 100% of their genetic code, whereas non-identical twins share only approximately 50%.  This means that twin studies provide a unique opportunity to identify which specific factors contribute, and which contribute the most, to health outcomes in older age.

The study has brought together geneticists and researchers in neuropsychiatry of older adults to examine key issues in cognitive ageing and dementia. It measures many behavioural and environmental factors, in particular lifetime physical and mental activity, physical and psychological trauma, losses and life events, early-life socio-economic environment, alcohol and drug use, occupational exposure and nutrition.  There is a wealth of genetic data.

Many features of the Older Australian Twins Study distinguish it from other investigations, including its longitudinal design, comprehensive neuropsychological assessments, brain imaging measures, its range of genetic data, and links with a brain donor program.

Study Coordinator and Research Manager at CHeBA, Dr Vibeke Catts, said that advances in information technology – particularly the refinement of computer administered cognitive tests - now allows researchers to carry out comprehensive and valid neuropsychological assessments with twins in their own home, using an online computer environment. This is something that was not feasible when the study was first launched.

“In 2007, just over 50% of households without children under 15 had internet access at home,” said Dr Catts. “Today this has risen to over 80%*, with 91% of these using desktops or laptops to access the internet at home.”

"Partnering with twins across Australia, we trust that the advancement to an online study will be fruitful in furthering our understanding of the determinants of the ageing process and of age-related degenerative disorders."

The twin study design is the best method for providing the strongest possible evidence for cause of disease from an observational study. Being able to acquire contemporary data through an online platform – rather than relying on participants’ recollection of their circumstances and health in midlife – strengthens the reliability of data obtained. With additional funding we hope to expand our online study to include a younger age group and demonstrate that various interventions aimed at reducing risk factors earlier in life provide benefits across the individual’s remaining decades.

According to Professor Perminder Sachdev, Co-Director of CHeBA and Project Leader of the Older Australian Twins Study, “the depth and breadth of data collected in combination with the very large twin sample envisaged as part of taking the study online makes it unique in Australia and internationally.”

"Being able to include twins residing outside of the cities on the Eastern seaboard of Australia will help us further identify which personal characteristics or circumstances contribute to healthy brain ageing compared with Alzheimer’s disease or other dementias."

“Given we know the deposition of a marker of Alzheimer’s pathology in people without dementia is only moderately determined by genetics, it suggests there may be many modifiable risk factors for this common type of dementia,” said Professor Sachdev.

Converting to an online platform will also likely lead to policy change and improvements in health care.

Since studies by the Australian Institute of Health and Welfare have shown that regional and remote populations are less likely to have convenient access to a General Practitioner, they are also much less likely to have local access to medical specialists. In contrast, populations in outer regional and remote areas have a higher rate of hospital admissions.

“Poorer access to local health care reduces the chance of early disease diagnosis and treatment, resulting in increased economic cost through higher rates of potentially preventable hospital admission and increased human cost associated with greater mortality – which in some cases would be preventable,” said Dr Catts.

“By studying the health seeking behaviour in twins across Australia, including twin pairs where one twin lives in a regional or remote area and the other twin in urban areas, our online study can investigate the relative contribution of risk and protective factors for healthy brain ageing – such as diet, exposure to suspected environmental risk factors for disease, health conditions, family history, occupation, income, educational attainment and employment opportunities. This will ultimately facilitate better support for the health and welfare of older Australians,” said Dr Catts.

The online version of the Older Australian Twins Study will retain a longitudinal design – which is a critical component in mapping progression to disorders of older age such as dementia - with planned neuropsychological assessments annually, as well as the collection of detailed lifestyle, mental activity, physical activity and dietary information. It will also continue to examine genetics.

While it will no longer focus on quantifying brain volume and other brain scanning measures associated with previous assessments in the Older Australian Twins Study, the amount and depth of data collected online will allow the researchers to assess multiple difference outcomes.

Older Australian Twins Study Online is targeting 1000 twin pairs with most participants to be healthy individuals living in the community.

“This large sample of twins will enable examination of risk and protective factors as well as outcomes that differ within each twin pair,” said Dr Catts.

“We anticipate this online study will lead us to advances in research outcomes not possible previously in relation to health and disease,” said Dr Catts.

To find out more about OATS Online see here. 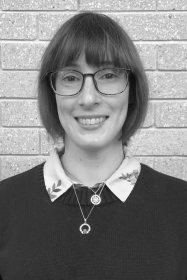 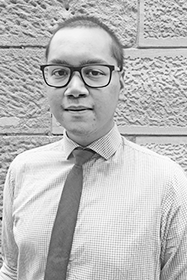